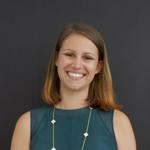 Updated 2 years ago by Meghan Moore

What is the voting process?

Participants will have a specific amount of time to respond to open-ended questions, which is set by the moderator. The baseline that we recommend is 2 minutes.

After a participant submits their response to an open-ended question, they are prompted to vote on pairs of other participants' responses until the time for the question runs out. This voting exercise determines the popularity and consensus score shown on each response in the rank tab.

How the voting process works

The voting process is used to understand a group efficiently and at scale. Because it isn't efficient for every participant to vote on every response submitted, the voting process enables us to infer and calculate a score representing the group's opinion of every response. This is done using Bayesian inference and statistical modeling. The more a participant votes, the more the Remesh platform learns about them and can more accurately make predictions about their behaviors and opinions.

Q: Does every participant see the same pairs of response?

A: No. Each participant sees responses that are selected strategically to understand their opinion.

Q: How does the algorithm decide which pairs of responses to show to each participant?

A: The algorithm is optimized for learning as much new information from the choice made between each new pair shown. In order to optimize for that, it takes the following into consideration:

Q: I never was given the option to vote on the responses that were ranked most popular, why is that?

A: Your voting pattern is used by the algorithm to infer how you would have voted on a pair of responses that you did not vote on. This means that you won't see all of the responses and you may not see the most popular.

How did we do?

Powered by HelpDocs (opens in a new tab)